Facebook is changing the News Feed again, and publishers should be worried

For years, Facebook has courted publishers of all sizes, asking them to depend more and more on the social media giant to expand their audiences. Now, Facebook has a new message for publishers: Tamp down your expectations.

Facebook said on Wednesday that it planned to make a series of changes to its news feed algorithm so that it will more favorably promote content posted by the friends and family of users.

The side effect of those changes, the company said, is that content posted by publishers will show up less prominently in news feeds, resulting in significantly less traffic to the hundreds of news media sites that have come to rely on Facebook.

The move underscores the never-ending algorithm-tweaking that Facebook undertakes to maintain interest in its news feed, the company’s marquee feature that is seen by more than 1.65 billion users every month. 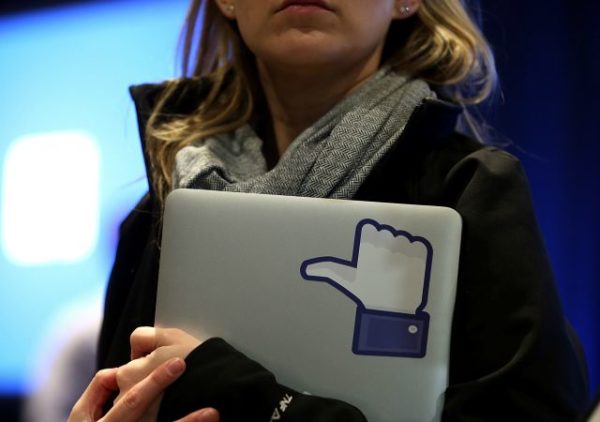 It is also a reminder that while Facebook is vastly important to the long-term growth of news media companies, from older outlets like The New York Times and The Washington Post to upstarts like BuzzFeed, Vice and Vox Media, publishers rank lower on Facebook’s list of priorities.

“There is now an expectation, in general, on the part of publishers that platforms will change, and that they won’t necessarily be informed how they will change,” said Emily Bell, director at the Tow Center for Digital Journalism at Columbia University. “This completely highlights how ownership of the user is a central tension between news producers and platforms.”

The changes will affect all types of content posted by publishers, including links, videos, live videos and photos. Facebook said it expected a drop in reach and referral traffic for publishers whose audience comes primarily to content posted by the publisher’s official Facebook page. Facebook plans to start making the changes as soon as this week.
It will have less of an impact, however, if most of a publisher’s traffic comes from individual users sharing and commenting on their stories and videos. As has long been the case, publisher content that your friends interact with will appear higher in the feed compared to posts shared directly by a publisher.

For those brands, the News Feed change doesn’t necessarily mean a decrease in engagement. It does, however, mean publishers will likely face renewed pressure to create content that is, above all else, “shareable.” That would seem to favor entertainment-based stories and viral hits above more boring-but-important news such as public policy initiatives.

We don’t know precisely how much traffic publishers will lose, but any decrease in audience is bound to cause panic. Facebook VP Adam Mosseri, who manages the News Feed product teams, confirmed that publishers will see a “small but noticeable” decrease in organic reach.

“It will vary a lot by publisher mostly based on how much of their referral traffic or their reach is based on people who actually share their content directly,” Mosseri said.

In other words, publishers that derive traffic from users sharing their stories might not notice much of a difference. Those that rely on their official brand page will be hit more heavily.

From a user perspective, the change means Facebook will be an even better place to discuss stories that your friends are already talking about. Facebook will also prioritize friends’ posts you interact with the most — if you like (or, better yet, love) cat videos from your cousin every time you see them, they’ll start to appear higher and higher in your feed over time.

If that sounds like how you thought the News Feed already worked, you’re right. And Wednesday’s change appears to be a doubling down on that philosophy, and an opportunity for Facebook to clearly state its “News Feed values” in the wake of the recent controversy over claims of muting some conservative voices over liberal ones on how Facebook curates its Trending Topics. In the statement, Mosseri says Facebook doesn’t “favor specific kinds of sources — or ideas” in the News Feed, and that the feed should both inform and entertain.

The change aims to serve that goal even better, serving up more of the stories each of its 1.6 billion users want to see and, of course, encouraging them to spend more time on Facebook. Exactly how this will affect brands and and publishers isn’t fully clear, but for them, one thing certainly hasn’t changed: When it comes to content, the Facebook share is king